Please review the 2022-2023-ICAA-Guidelines for more information on how to apply.

The review panel may comprise a mix of professors from various faculties, a representative from the International Student Initiative portfolio, and a Global Engagement Office staff member. Recipients will be notified by email and will receive a signed certificate. 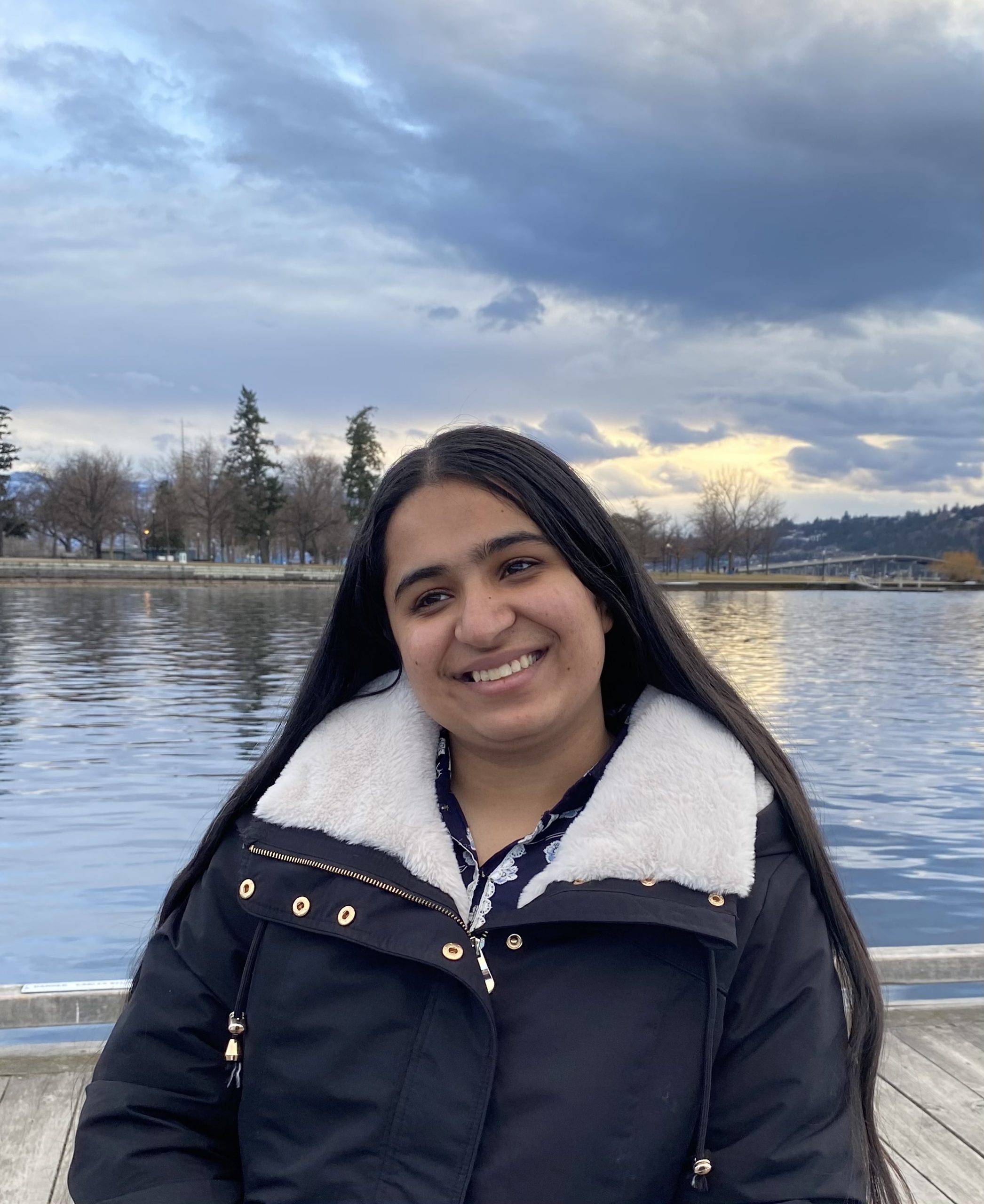 Puneet Kaur Aulakh is a third-year student doing a major in Economics and minor in mathematics. Coming from a small border town in Panjab, Puneet Kaur is passionate about poverty economics, health economics, education and human rights. Puneet Kaur is an an elected Student at large representative to the Okanagan senate (2022-2023) and works in Admissions and Awards Committee. Puneet Kaur is also working as a Teaching Assistant in Mathematics and Research Assistant in Rural Health Equity – Social enterprises and Technology Synergies (RHE-SETS) team. Puneet Kaur’s other roles in community include being a volunteer-teacher with NITEO-Africa, Canada, which works for promoting literacy and reading culture among the communities which are less fortunate, systematically excluded from literate spaces, and historically discriminated against like BIPOC communities. This year, Puneet Kaur successfully founded the NITEO-Africa club at UBCO, which will be acting as their chapter at UBCO. Moreover, Puneet Kaur is both a volunteer and outreach coordinator at Amnesty UBCO which is a human rights organization, Vice-President at Bhangra Club (a Punjabi Folk dance club), Treasurer at Red Cross club at UBCO, and Review session coordinator at Quantitative Sciences Course Union. 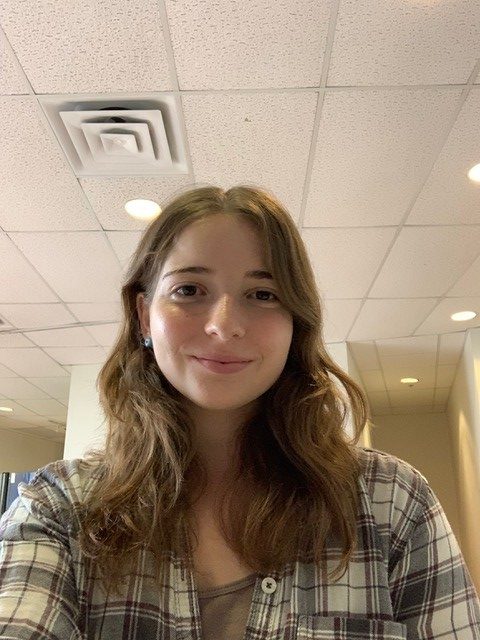 Through the coronavirus’s harrowing times, Madeline (Maddi) Grove has endeavored to make the most of her university experience by engaging with and supporting the community. As the Campus Life Editor for The Phoenix, Maddi has created valuable connections with and promoted many students’ experiences, club programs, and university services to the public. Additionally, as the Off-Campus Housing Ambassador, Maddi guides students in navigating and connecting with the Kelowna community outside the university, and she aspires to debunk the common student stereotype present in homeowners’ minds through public outreach and education. Maddi also advocates for and works to resolve the lack of student housing which is a core issue for many students. Furthermore, as a Writing and Language Consultant, not only has Maddi fostered an academic community through writing and language development, but Maddi has also volunteered to lead workshops for Exam Jam, the Aboriginal Access Studies program, and Back to Basics.

Lastly, Maddi strives for academic excellence as an IMES Scholar and a recipient of multiple merit-based awards. Through these academic and work opportunities, Maddi has learned valuable lessons about leadership and community engagement, and Maddi hopes to continue supporting people all around. 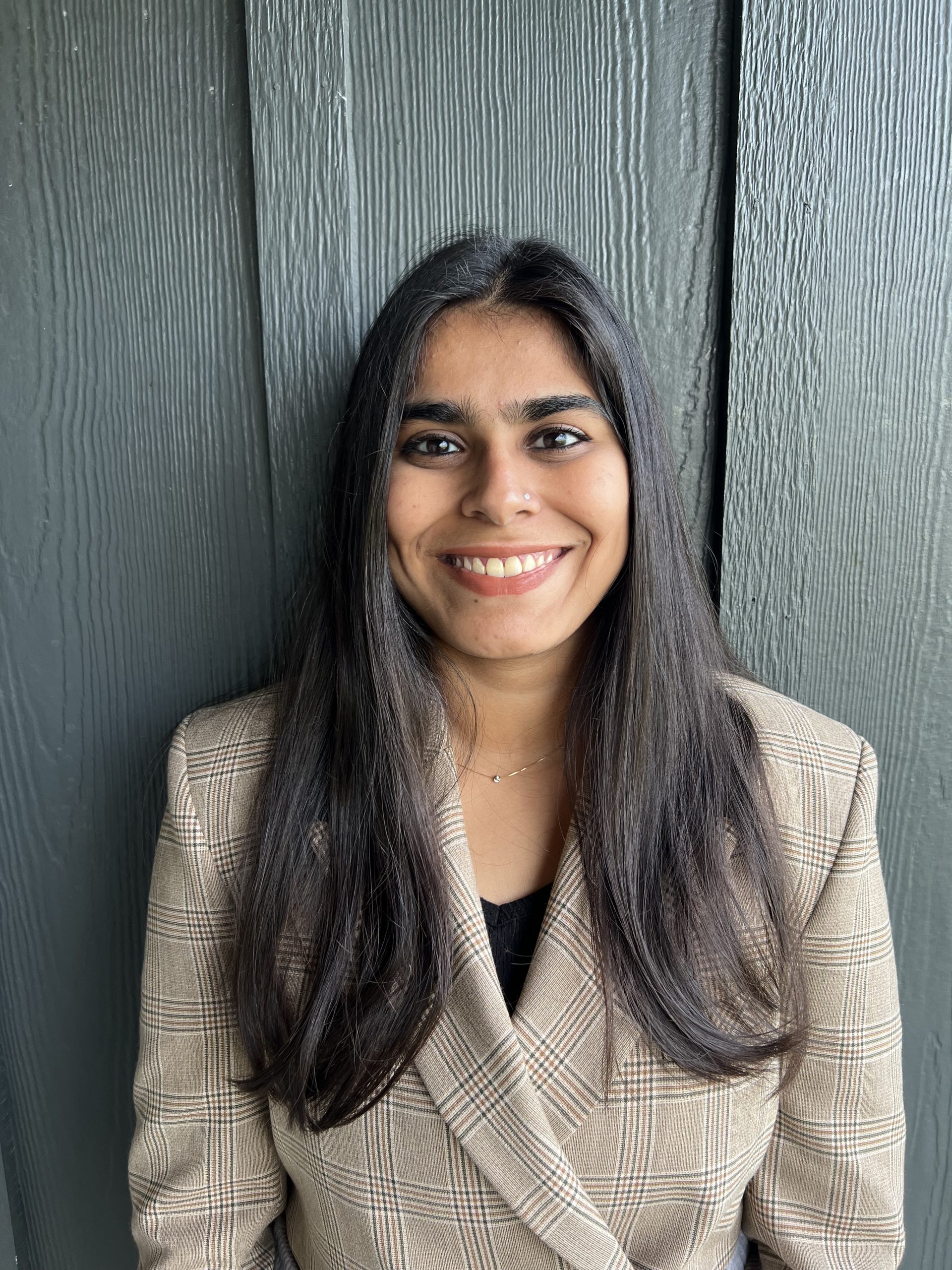 Insha Hooda is a third-year international student in UBC’s Faculty of Management with a combined minor in Economics.

In India, Insha volunteered for over two years for the Robin Hood Army, a zero-fund organization working towards eliminating hunger on a global level. Since food insecurity is a cause that is very personal to Insha, Insha joined Project Equifood of Enactus UBCO. This opportunity allowed Insha to work towards eliminating food insecurity and promoting sustainable production and consumption of food. Since Insha’s experience with Project Equifood was great, Insha also joined Inventathon by Enactus UBCO as their Head of Finance.

While working in the ‘Faculty of Management Re-Imagining Experiential Learning Working Group,’ Insha developed a great understanding of how the Faculty of Management continues to work toward bringing back experiential learning activities. Insha’s experience as a Teaching Assistant for the Department of Mathematics and a Jumpstart leader has allowed Insha to engage with a diverse group of students from various backgrounds, have interesting conversations with them, and understand their cultures in depth. Insha’s current engagements as a tutor for the Student Learning Hub, a Teaching Assistant for the Faculty of Management, and once again for the Department of Mathematics will allow Insha to expand this experience and have greater community engagement and exposure.

Beyond academics, Insha is committed to being the Vice President of Academic Affairs for the Management Student Association (MSA) and the Director of Marketing for the Canadian Association of Business Students (CABS). 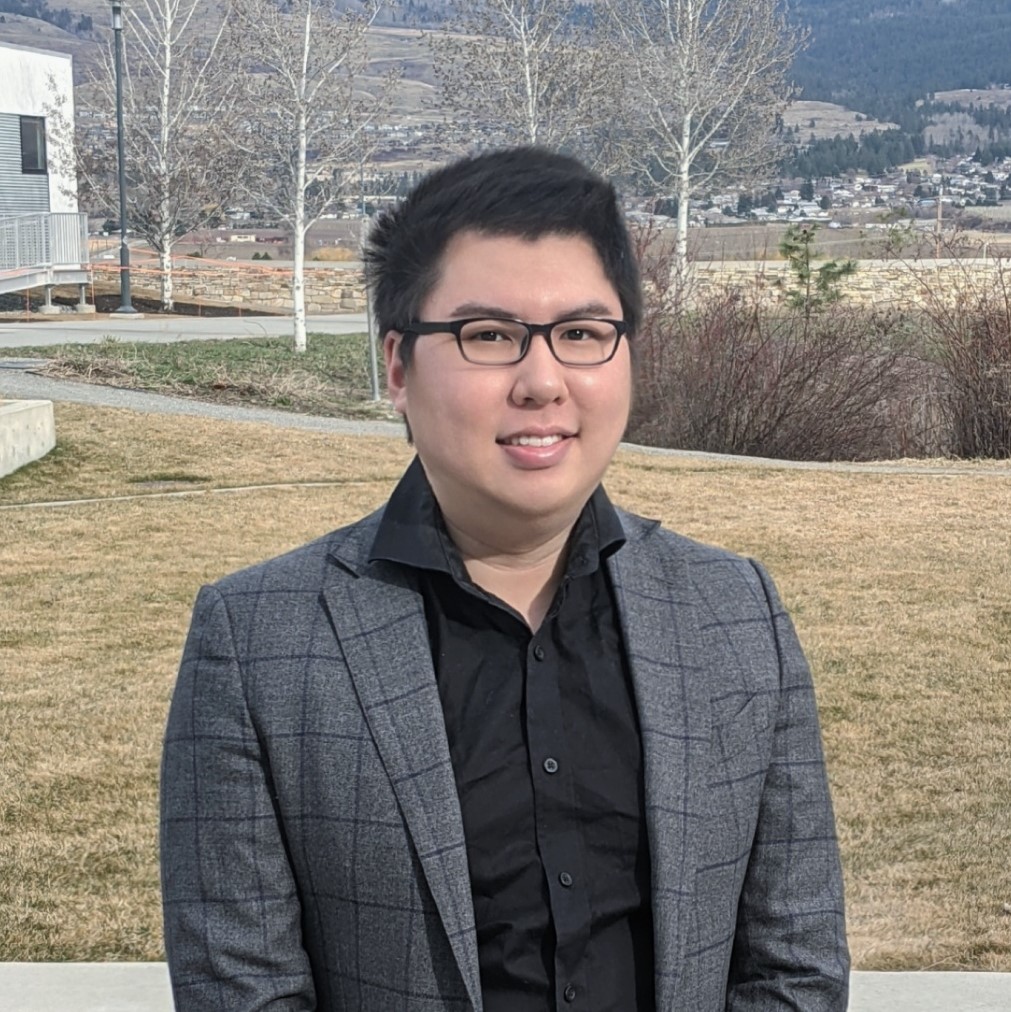 Throughout Gabriel Tan’s time as a student at UBCO, Gabriel worked with UBCO JDC West, serving as VP Marketing and Finance and then as Co-Captain. Gabriel represented UBCO in the 2020 and 2021 JDC West business management competitions. Gabriel organized many social events for students and contributed many hours helping the community.

Gabriel previously served as a mentor for SEND IT ON, a non-profit student-led organization that promotes cultural dialogue and empowers leaders in local and international communities. Gabriel also served as a caterer for UBCO Age Link’s Community Empowerment event and UBCO GEO’s Taste of Home event.

Gabriel worked closely with students as a Teaching Assistant in Computer Science, Statistics, and Management. Gabriel was also a Research Assistant for Dr. David Walker with a project focused on Human Resources.

Since January 2022, Gabriel worked with UBCO GEO to develop and implement many programs such as EMERGE and Career Development Week for International Students (both in collaboration with UBCO Career Development Team). For the remainder of his undergraduate degree, Gabriel will continue to work with GEO as a supportive point of contact for students, using a distinct lens as an international student to provide feedback on change management processes. 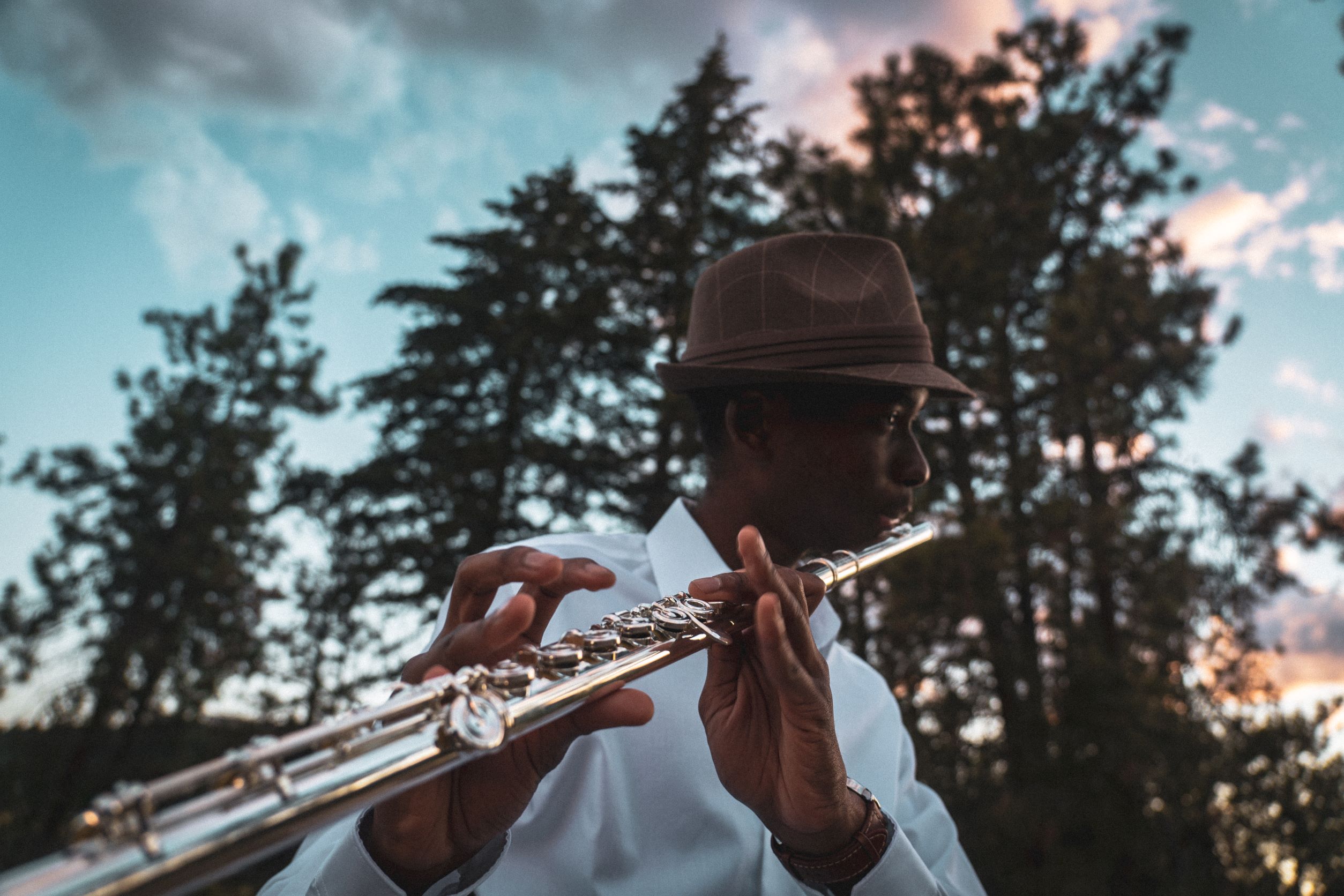 Durvan Zandamela was born in Maputo, Mozambique, where Durvan nurtured a love for Science and Music. At 17 years of age, Durvan moved to Canada to fulfill the lifelong dream of becoming a scientist, by pursuing an Hons. BSc in Biochemistry with a minor in Computer Science at UBC Okanagan. Durvan soon became an undergraduate researcher and earned 2.5 years of experience in Analytical Glycoscience. Durvan is documented in two theses which Durvan wrote in the 2nd and 3rd years under Dr. Wesley Zandberg. Durvan’s analytical work is focused on the development of Capillary Electrophoresis – Laser Induced Fluorescence methods for analysis of complex polysaccharides. This work is in coherence with computational analyses of Pectin remodelling-enzymes that Durvan carried out in the laboratory of Dr. Michael Deyholos, the experimental verification of which is Durvan’s current thesis project. Durvan has had the privilege of signing four summer research assistantships the first three years, including the IURA.

Since 2020, Durvan has publicly documented progress as a multi-instrumentalist (Flute, Saxophone, Guitar, Piano), having reached a wide international audience. Durvan has achieved a high level of proficiency and creative expression as a jazz flutist, self-published three compositions, released a single, and publicly performed in local jam sessions. Durvan’s art has allowed for the expression of creativity and inspiration of the general audience and community to persevere in their pursuits. Durvan is currently working on refining and releasing previous and new material on digital platforms.

Durvan’s UBCO studies are enabled by the Donald A. Wehrung International Student Award (DWISA), a UBC scholarship earned as a student from an impoverished country who excelled academically under difficult circumstances and would not be able to access higher education without financial assistance.