We’ve wrapped up our general information sessions, but will be holding a session just for the Seoul program shortly. In the meantime, please reach out to goglobal.okanagan@ubc.ca if you have any questions. Deadline to apply is Dec 13, 2022.

What is it like to live, work and teach in another country? What if that country is across an ocean, and what if the language, culture and traditions of that country are fundamentally different from your own? What strategies would you adopt to not merely adjust to your new environment, but to thrive and maximize your experience?

In this three-week global seminar, students will travel to Seoul and the surrounding metropolitan area to explore the idea of living and teaching in South Korea. Multiple education-based settings will be looked at, from K-12 international schools to universities to corporate opportunities. Field trips will enable seminar participants to engage with local instructors as well as students to gain first-hand knowledge and insights.

Lecture material will focus on understanding and acknowledging the importance of place when working and living overseas. It will demonstrate the ways in which language and culture influence one another, and how this can impact work environments, lesson planning, intercultural communication and modes of thought. Particular to the Korean case, examples of Korean-English language differences and Korean-Western cultural differences will be discussed in detail. Trips to important sites in and around Seoul will highlight the historical and cultural roots that form the Korean identity and manifest themselves in those differences.

Seoul has a world-class transportation system that is both efficient and affordable. We’ll be relying on this system to travel between sites and explore different parts of the city. However, transferring between subway lines and buses often requires lots of walking, so be prepared with a comfortable pair of walking shoes. Also of note, Korea is a haven for food tourists. There’s something for everyone and a myriad of choices. Be prepared for a culinary adventure!

***Note: Students do not need any prior knowledge of Korean culture or the Korean language to do well in the course.

Arrival at Incheon International Airport, and a quick trip to Seoul to get unpacked and situated. The course itself will begin with laying out some of the basics of Korean language and culture. Some of the main points to be discussed during this week are: key differences between Korean and English sentence structures and vocabulary choices, cultural influences such as Confucianism and regional placement, the impact of colonization and division, and the Korean obsession with education. We will also begin a look at lesson planning and student engagement.

In the second week, seminar participants will delve deeper into linguistic and cultural differences (and their impact in work/teach settings) while at the same time examining Western perceptions of Korea. In particular, we’ll look at stereotypes and misperceptions, and we’ll discuss the concept of being a cultural ambassador for your own culture. One key stereotype of interest: the notion of an individual-based culture vs. a community-based culture.

In the final week, we’ll steer away from the past and look at contemporary developments in Korea. We’ll highlight a new and vigorous focus on modifying the work-first culture and embracing goals centered on achieving a better quality of life. We’ll visit newly constructed ‘green zones’ in the city that have replaced freeways and concrete structures. And we’ll also see the importance Koreans place on soft power through the export of its culture abroad.

This course is designed for the following:

Students should have third year standing or above.

*The final program fee depends on the number of students in the program.

Note: The program fee will be offset by $1,000 for UBC students through our Go Global Award. If you have any pass/fail courses, we will assess your average with advice from your faculty.

A combined course and field experience designed to introduce students to the importance ‘place’ in the field of education. Emphasis is placed on the challenges and opportunities of living, working and teaching overseas, as well as the extent to which cultural understanding can enrichen that experience. The field trips in particular will highlight the intersections between culture and education in a variety of work settings.

For non-Bachelor of Education students, you will be registered in a 3-credit EDUC course. 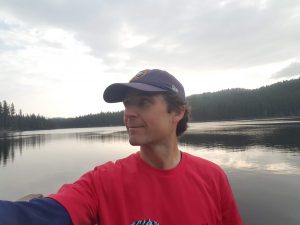 In retrospect, my initial foray into Korea was both pre-ordained and by chance. I always wanted to travel. I just didn’t know where I wanted to end up. After completing my undergraduate degree at UBC and my teacher education at UVic, I worked as a middle and high school teacher in northern British Columbia. It didn’t take long, however, before I wanted to set foot in new places and immerse myself in new experiences. On a quiet evening in Vancouver, I decided to leave Canada for a year. I chose Korea at random. Two weeks later I was on an airplane.

I completed my master’s degree at Yonsei University, where I studied (among other things) Korean history, international relations and Korean-American diplomacy. I was specifically interested in Korea’s journey from a war-torn, impoverished peninsula sandwiched between two major world powers (the so-called ‘shrimp between two whales’ phenomenon) into a global powerhouse in its own right. How did the Land of Morning Calm transform itself into an important economic, technological and cultural player on the world stage?

When I wasn’t studying or exploring, I was working as a lecturer at Korea Aerospace University, where I taught English as an additional language, cultural studies, history, international relations and (somewhat dauntingly) a survey of Western Civilization. I also found employment as a corporate consultant and editor, working with companies such as LG Electronics, AXA Insurance and Hill & Knowlton Strategies.