Don’t miss the vote: A UBCO student’s crash course on the 2021 federal election

Canadian citizens are heading back to the polls on September 20th! Got questions? We’ve got answers – read on to learn more about all things election.

Didn’t Canada just have an election?

Canada’s last federal election was in 2019, so having one this year might seem like a quick turnaround. Canada has a fixed election date law saying that an election must happen every four years; however, the Prime Minister has the option of calling a “snap election” before those four years are up, which is why we’re having an election in 2021. It’s especially common for this to happen in the case of a minority government, where the governing party doesn’t have full control of the House of Commons. Want to learn more about how Canada’s Parliament works? Find out here.

Why should I vote?

The climate crisis is unfolding before us. Tuition prices, student debt, and the overall cost of living are all through the roof. Indigenous communities across Canada still don’t have clean water. And, oh yeah, there’s kind of still a pandemic happening.

These are just a small handful of the many issues that might be on your mind as a young voter. With everything happening in today’s world, it can be easy to feel helpless to do anything about it. The good news is that you aren’t helpless; there are a number of things you can do to help shape the society you live in, and voting really is one of them. 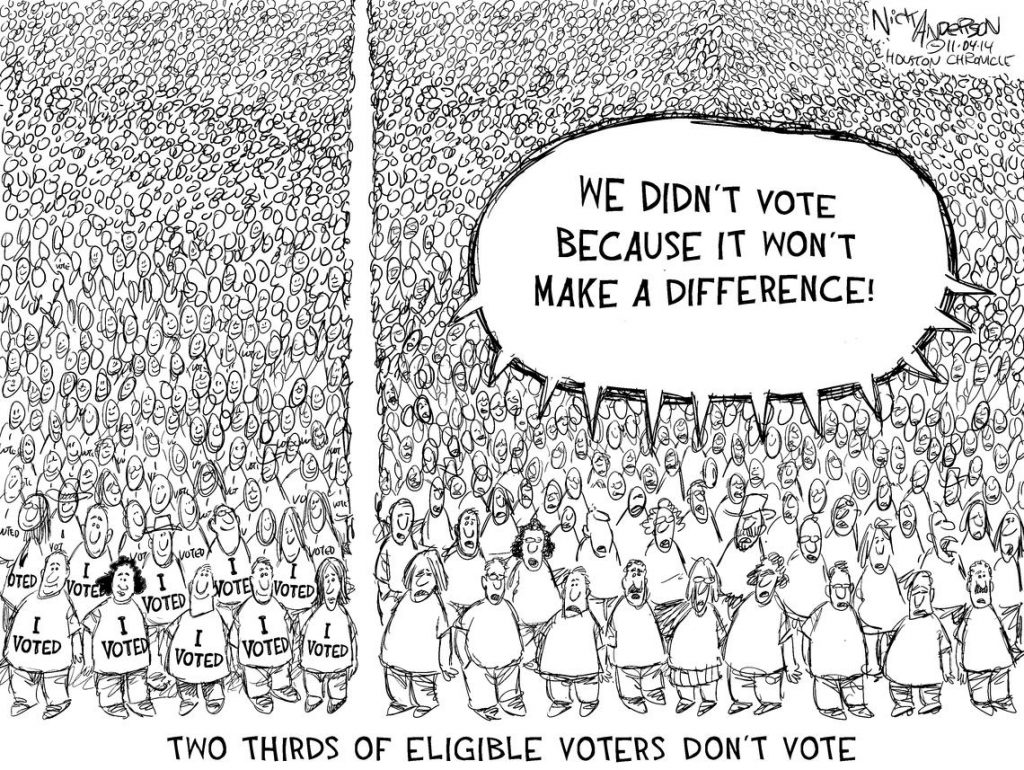 Your vote helps determine who gets elected to create the laws and policies that affect you and others. For instance, if you benefited from CERB or CESB in 2020, that was the direct result of a policy made by the federal government. It may not seem like your single vote would count for much, but in many cases, elections are so close that the result is determined by only a few votes. Take, for instance, BC’s 2017 provincial election, where the governing party was decided by a difference of only 189 votes in a key swing riding (note that Kelowna-Lake Country is also considered a key riding this time around).

Showing up to the polls signals to politicians that you’re paying attention. Voters aged 18-24 tend to have the lowest voter turnout of any other age group in Canada. Because of this, politicians are more likely to pay greater attention to the needs of older demographics in order to get elected. In essence, low voter turnout among young people gives more decision-making power to older people, who generally won’t be the ones dealing with the long-term consequences of those decisions.

Don’t let the boomers get you down – get out there and vote!

Who should I vote for?

That’s up to you! You’ll first want to identify which riding you’ll be voting in. From there, it’s up to you to learn more about the candidates in your riding and the parties they represent. While no single party or candidate is likely to align perfectly with your values and opinions, it’s still a good idea to read up on campaign platforms (and politicians’ past track records) so that you can make an informed decision at the polling station. Get started with Maclean’s 2021 Election Platform Guide or CBC’s Vote Compass.

Also, don’t be afraid to reach out to your local candidates with specific questions you may have – the way a candidate personally interacts with you (or doesn’t) can tell you a lot about them as well.

How do I vote?

First, you’ll need to identify which riding you’ll be voting in. Canadian students living away from their home riding can vote in whichever riding they consider to be “home”, whether that’s the address you usually live at or the address where you’re living while you attend school. You’ll just need to be able to prove which riding you live in, usually with a piece of ID.

Choose your method of voting

When it comes to getting your vote in, Elections Canada can tell you everything you need to know about voting as a student. While the Vote on Campus program isn’t running this year, you can still vote at in-person polling stations on Election Day and in advance, as well as by special ballot (you’ll have to vote by special ballot if you’re not living in your riding).

The key to making sure your vote gets counted? Plan ahead! No matter how you plan to vote, you’ll first need to register as an elector before the deadline of Tuesday, September 14th. There are also specific deadlines associated with voting by special ballot, so make sure you know when they are. Even if you’re planning to vote on Election Day, be prepared; know where your assigned polling station is, and set aside a specific time to go vote.

How else can I get involved?

Besides actually voting, there are a number of ways to get involved in Canada’s democratic process. Consider working for Elections Canada this year; think about how many people are needed to carry out a Canada-wide election! There are a wide variety of positions still available to fill. If there’s a particular party or candidate you support, you can also try volunteering with their campaign. Or find out how to get involved with non-partisan organizations like Apathy is Boring, a group dedicated to encouraging young people to vote. There is no shortage of possibilities!

Off to the polls!

Now it’s your turn to get out there and vote! Check out any of the links above to get started, or visit the Elections Canada website for more details. Happy voting! 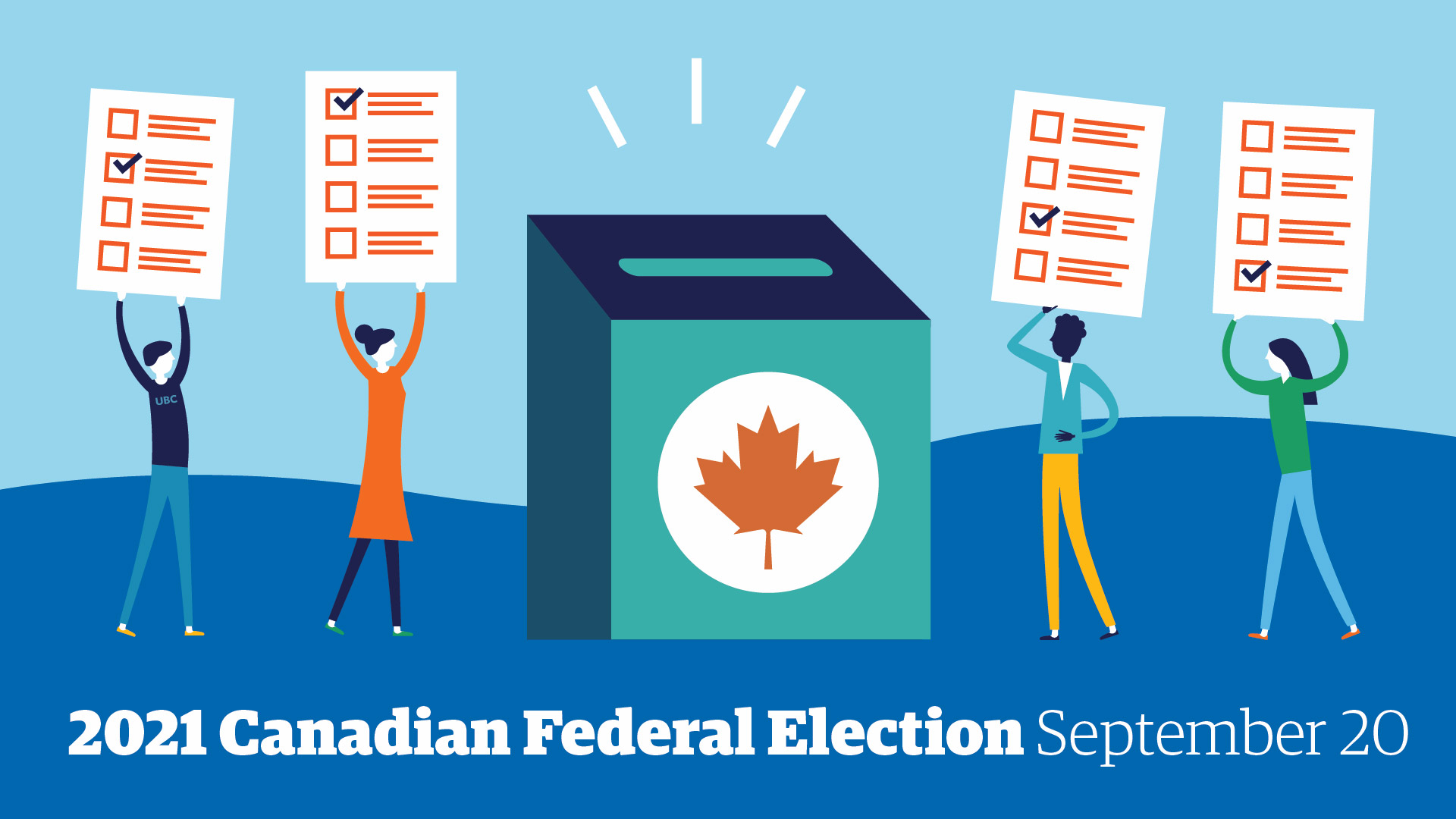 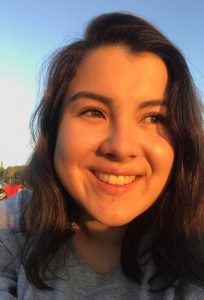 Bethany Kolisniak is a Microbiology major from Winnipeg, Manitoba. In her spare time, you can find her playing the guitar, going for hikes, or making balloon animals. She is passionate about advancing equity in healthcare and hopes to do so in her future career, whatever it may turn out to be.

One response to “Don’t miss the vote: A UBCO student’s crash course on the 2021 federal election”

Leave a Reply to Sophia Click here to cancel reply.