We’ve wrapped up our information sessions for this program, but reach out to goglobal.okanagan@ubc.ca if you have any questions. Deadline to apply is Dec 13, 2022.

In collaboration with the Osoyoos Museum, this student-centered public history project will explore the land, people and industries of the rural community of Osoyoos, BC. The diverse population (indigenous peoples, settlers, immigrants) of 7,000 welcomes 100,000 tourists each year to a town noted for its orchards and vineyards. In a structured 13-day field course, students will engage in directed archival research in the museum and conduct REB-approved oral history interviews in the community on one of three themes: land/environment/agriculture, diverse peoples, and industry/tourism. Interviews will be deposited in the museum and students will have the opportunity to publish their research.

April 30 – Students travel to Osoyoos and check-in to the accommodation.

May 1 – May 12 – Students will participate in lectures, discussions and archival research, and receive training in oral interviewing.

May 13 – program ends with a closing lunch and students will check-out of hotel.

The project offers students the opportunity to expand their understanding while bringing their own experiences to the process of knowledge integration. Students will engage in archival research in the collections of the Osoyoos Museum. The Osoyoos Indian Band’s Nk’Mip Desert Cultural Centre in Osoyoos will provide cultural awareness training to students and staff taking part in the course. Students will also take part in workshop training in REB-approved oral interviewing techniques. Each student will conduct one oral history interview focusing on one of three research themes: land/environment/agriculture, diverse peoples, and industry/tourism. Transcribed interviews—and with the permission of interviewees, digital copies—will be deposited in an archive and selected transcriptions may be included in the museum’s revolving exhibits. Students will work collaboratively in groups of two or three, with the goal of producing a short essay suitable for publication. Venues include public history magazines (BC History Magazine, British Columbia Magazine, Canada’s History and Historica Canada), museum publications (Roundup, BC Heritage, and Muse), journals (BC Studies, PiCHE: Papers in Canadian History and Environment, and Public History), and websites (activehistory.ca, niche-canada.org).

This course is open to undergraduate students in all disciplines with at least third year standing. For May 2023, enrollment is capped at 14 students, with 2 students sharing a two-bedroom hotel suite.

A sufficient level of physical fitness is required. Students can expect to walk 3-5 km per day, to climb 5-10 flights of stairs, and to lift archival boxes weighing up to 10 kg.

Pre-requisite: 3 credits of ENGL of HIST – please be in touch with Go Global if you have not met this requirement

HIST 380/DIHU 320:
HIST 380 (3) Digital Archives, Cultural Heritage, and Public History
Interdisciplinary introduction to digital archiving, exhibition, and preservation of cultural heritage and public history. Deals with collective memory, politics of commemoration and collecting, and future of digital collection and museum interfaces.
Credit will be granted for only one of HIST 380 or DIHU 320.
Pre-requisite: 3 credits of ENGL or HIST.
Return to top 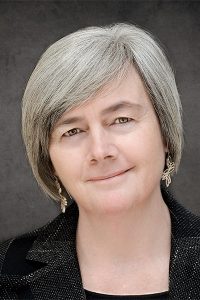 Catherine Higgs earned her Ph.D. in modern African history at Yale University. Her scholarship has focused on the intersections of religion, politics, labour, and activism; her approach is interdisciplinary and transnational. She is the author of The Ghost of Equality, about a noted black African political activist, and of Chocolate Islands: Cocoa, Slavery, and Colonial Africa. She is co-editor of Stepping Forward: Black Women in Africa and the Americas. Her new book, “Sisters for Justice: Small Acts in the Transformation of Apartheid South Africa”, is under review by the University of Wisconsin Press. It examines the anti-apartheid activism of Catholic sisters in South Africa.

Her research has been funded by the National Humanities Center, the American Philosophical Society, the Luso-American Foundation, the Rockefeller Foundation, and the Social Sciences and Humanities Research Council of Canada.

Before joining the University of British Columbia, she taught at the University of Tennessee, the University of Nebraska at Kearney, and at Rollins College in Winter Park, Florida. She teaches about Africa, Southern Africa, and the Atlantic World; newer courses focus on commodities, markets, labour and public policy, including China’s investment in Africa.

Timothy Paulson is an Assistant Professor in the Department of History and Sociology at UBC Okanagan. He earned his PhD in environmental history at the University of California, Santa Barbara. His current applied, public history research aims to produce a historical archive of land management on British Columbia grazing rangelands. From 2012-2017, he worked to identify, preserve, and promote the historical records of the University of California Natural Reserve System (http://archives.nrs.ucsb.edu), conducting several dozen non-recorded interviews. He has also conducted nine Canadian REB-approved oral history interviews that are deposited in permanent archives.

Kara Burton is the Executive Director of the Osoyoos Museum in Osoyoos, British Columbia. Burton was raised in Osoyoos and is firmly rooted in the community. As director of the Osoyoos Museum Society for the past nine years, she has gained valuable insight into the heritage and working relationships of various communities within the town. In 2020 the museum has moved to a new location; Burton is responsible for grant writing and fundraising the $2.5million required for the renovation. She has a background in business administration and brings strong management skills to the project.