We’ve wrapped up our information sessions for this program, but reach out to goglobal.okanagan@ubc.ca if you have any questions. Deadline to apply is Dec 13, 2022.

Mauritius is an African archipelago located in the southwestern Indian Ocean. This 3-week immersive seminar delves into the inextricably entwined histories of colonization, enslavement, indenture, migration and environmental exploitation that have shaped the islands of Mauritius. It also explores the continued legacies of these histories on Mauritius’ landscapes, human and more-than-human beings. Particular attention will be paid to questions of language, race, and identity.

“Mauritius: Landscape, Identity and Belonging” combines experiential learning, community engagement and analysis of local literatures and forms of cultural expression. Some highlights of the trip include:

The first week employs a decolonial approach to the multiple legacies of colonization, enslavement, indenture, migration and environmental exploitation that have shaped its islands. Rather than perpetuate a textbook narrative of colonisation (Dutch, French and English), this week is structured around the blank spaces of history. For example: What can we unearth about the Dodo, the endemic Mauritian species which was driven to extinction by Dutch settlers in the 17th-century? As we explore towns, villages and sugarcane fields, how can we follow the traces of the enslaved and indentured labourers who built the country with their sweat and blood, and yet whose stories are still, to varying degrees, excluded from official narrative?

The second week explores the various resonances of a “creolized” Mauritius. Mauritius is globally hailed as a “rainbow nation” where people descended of Europe, India, China and continental Africa live together in peace and prosperity. But if creolization is an undeniable fact of Mauritian reality, why must citizens still declare belonging to a single “communauté” [community] before standing for election? Although languages such as Creole, French, English, Bhojpuri and Hakka blend together seamlessly in everyday life, what are the specific connotations and unspoken rules that make it “inappropriate” to speak one’s mother-tongue in a classroom? While engaging in conversations about “race,” “reparations,” and “decolonization,” how might links be made between local and global concerns, in a way that is respectful of differences in culture, vocabulary, and sensitivities?

Mauritius has been famously described as an economic miracle by Nobel Prize-winner Joseph Stiglitz, and has the second highest GDP per capita in Africa. It is globally renowned as a tropical tourist paradise, where sparkling lagoons meet pristine beaches and swaying palm trees. But how has the archipelago’s environment changed over the years, as a result of colonialism, capitalism, climate change, and foreign intervention? And while conceptions of Mauritius have often been limited to the main island, how are Rodrigues, Agaléga and the Chagos playing increasingly important roles in (re)articulations of Mauritius?

An interest in Literature and/or the African region is preferred but previous study isn’t required.

*The final program fee depends on the number of students in the program.

Note: The program fee will be offset by $1,000 for UBC students through our Go Global Award. If you have any pass/fail courses, we will assess your average with advice from your faculty.

This course invites students to discover the African archipelago of Mauritius through immersive experience, community engagement and analysis of local literature. It encourages students to explore new avenues for cross-cultural research and communication. Assignments will include individual reflections and a group project on a topic of interest. 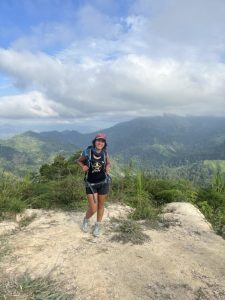 Nikhita Obeegadoo joined UBC Okanagan in July 2022 as Assistant Professor in the Department of Languages and World Literatures. She is originally from Mauritius, an African archipelago in the Indian Ocean. Nikhita holds a PhD in Romance Languages and Literatures at Harvard University, as well as undergraduate degrees in Computer Science and Comparative Literature from Stanford University. Her research focuses on oceans and archipelagoes as spaces of intertwined cultural and ecological legacies.

At UBCO, she currently teaches courses on the environmental and medical humanities, as well as on francophone women’s writings. As part of her commitment to decolonizing knowledge, Nikhita’s courses foreground texts and theories emerging from various regions of Africa, South Asia and Latin America, as well as from archipelagic spaces across the world.